What's the hot new disease being broadcast by the media? It's the Zika virus ... and it's transmitted by mosquitoes.

Should You Be Fearful of The Zika Virus in McHenry County?

Well, no. The mosquitoes that will soon be buzzing McHenry County, don't harbor the Zika virus. In fact, according to the Centers for Disease Control and Prevention, not a single person has contracted the virus from a mosquito in the contiguous U.S.

Foreign countries are different. Zika virus is a danger if you travel to Mexico, the Caribbean and some South American lands. Tropical mosquitoes in these areas carry the virus. More than 350 "travel-related" Zika cases have been reported in the United States, where people returned from a foreign country after being infected.

The glaring danger of Zika virus is its connection to serious birth defects, including brain damage. Pregnant women, or those planning to become pregnant, should be especially wary about foreign travel.

Otherwise, Zika virus disease isn't fatal. It does have some uncomfortable symptoms – fever, rash and joint pain. So, if Zika comes up in conversation this summer, rest easy. Like malaria and dengue fever, it's borne by tropical mosquitoes that don't frequent McHenry County, southeastern Wisconsin or northern Illinois.

Just like mosquitoes love woods, though, we aren't out of the woods regarding mosquito--borne illness. West Nile virus, which appeared in the U.S. about 15 years ago, is a danger. In the McHenry County area, Illinois had 72 cases reported in 2015. Wisconsin had nine.

McHenry County local mosquitoes can carry West Nile virus. Its danger to people varies. In the vast majority of cases, an infected person has no symptoms.

About one in five infected people develops fever and other symptoms: headache, body pain, vomiting and rash. Most recover completely.

Yet, a sliver of those infected develop serious neurologic illness, and can even die. People over 60 are at maximum risk. With McHenry County summer activities nearing – pool parties, family gatherings, the 4th of July and others – it's worth considering how to shield yourself and others from the West Nile virus.

Guarding against mosquitoes, period, minimizes the chance of encountering one (or more) carrying West Nile. A mosquito repellent treatment by The Mosquito Guy keeps mosquitoes away for 30 days. We travel to McHenry County and throughout southeastern Wisconsin and northern Illinois.

Prices start at just $125 per application. It's a small expense to pay for peace of mind regarding West Nile ... and the peace of no mosquitoes buzzing around your ears. Call 262-521-1258, request a mosquito control quote or e-mail margie@themosquitoguy.com, to schedule an application for your McHenry County yard.

Zika virus isn't a threat here. Other mosquito-borne ailments are. The Mosquito Guy will ensure that you, and those you love, are safeguarded from all. 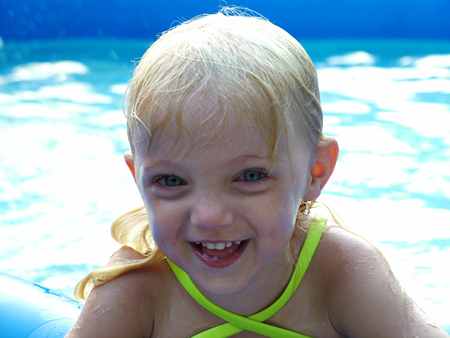